The implicit association task measures the strength of associations between concepts (e.g. young people and old people) and evaluations (e.g. good and bad). The idea is that making a response is easier (and therefore faster) when related items share the same response key.

Here, we will measure the association between young and old, and good and bad. We hypothesize that young participants (subconsciously) associate positive words with young faces rather than with old faces.

This tutorial is also available as a screencast:

Video 1. A screencast of the IAT tutorial. 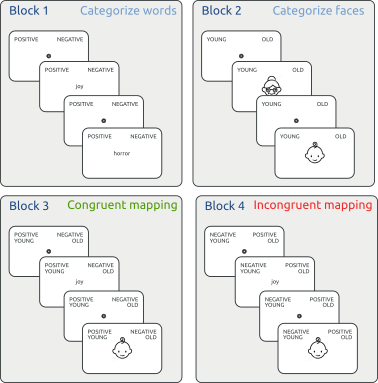 Figure 1. An overview of the four blocks of the implicit association task.

Figure 2. We predict that participants find it easier to categorize words and faces if the categories POSITIVE/YOUNG and NEGATIVE/OLD are combined (as compared to the reverse).

In order to test this prediction, we're going to create the following trial sequence (Figure 3):

Figure 3. Schematic representation of a typical trial sequence of the (first block of the) IAT.

When you start OpenSesame, you'll see a 'Get started!' tab, which shows you a list of templates as well as recently opened experiments (Figure 4). To save some time, we'll use the 'Extended template'. 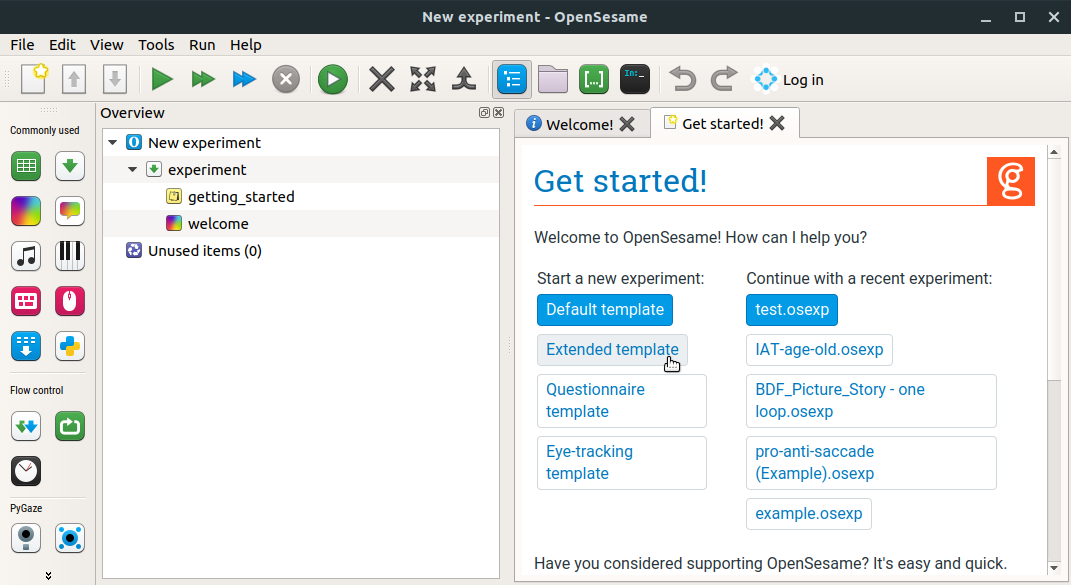 Figure 4. OpenSesame's welcome window. Here, we use the 'Extended template'.

After opening the extended template, we save our experiment. To do this, click File -> Save (shortcut: Ctrl+S), browse to the appropriate folder and give your experiment a meaningful name.

The overview area shows the hierarchical structure of our experiment. To simplify our structure, we start by deleting the practice block. In order to do so:

The overview area of your experiment should now look like this: 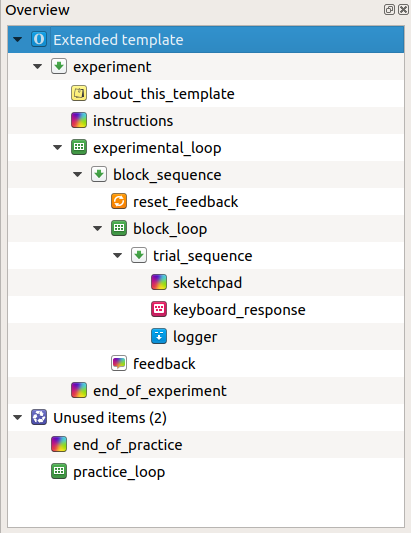 Figure 5. The overview area of your experiment.

We start by creating the first block of the IAT (Block 1 in Figure 1) in which participants have to categorize words as either positive or negative. Because we will create more than one block, the name block_loop is not so informative. So we rename it:

Next, we want to define the following three variables in the block_loop item:

To create these variables:

Tip -- correct_response is a built-in variable which allows OpenSesame to keep track of participants' performance, such as 'acc' (for accuracy or percentage correct). 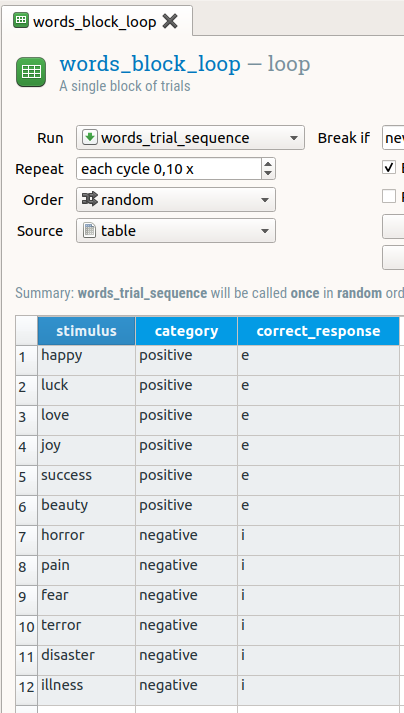 Figure 6. The loop table of the first block of the IAT contains the three experimental variables and their values.

As shown in Figure 3, on every trial we want to:

These four steps are called events, and we're going to realize them by using items in the trial sequence. But first, because the trial sequence will be slightly different for each block of the experiment (see Figure 1), let's rename it to words_trial_sequence.

Tip -- To make a given item appear after another item, drop it onto this other item.

By default, OpenSesame gives its items names such as sketchpad, new_sketchpad and new_sketchpad_1. Because these names are not informative, we rename the items into something more meaningful. To do so:

The two last events of the trial sequence (collecting the response and saving the data) are already represented by the keyboard_response item and the logger item, respectively. 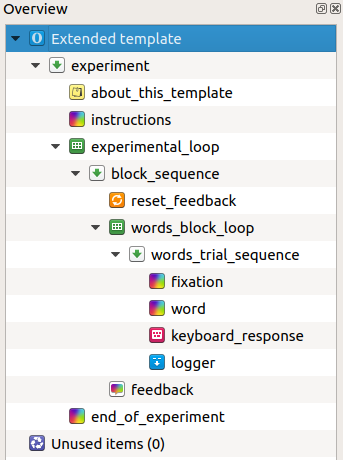 Figure 7. New overview of (the first part of) the experiment.

Step 3: Modify the items in the trial sequence

The next step is to add content to the items in the trial sequence. We start with the sketchpad that represents the fixation point at the beginning of each trial.

After the fixation point disappears, we want to show the two category names at the upper left and right side of the display (see Figure 3). To do so,

Next, we want to show the to-be-categorized stimulus at the center of the screen. Importantly, the stimulus is variable. This means that which word is shown, depends on which line from the words_block_loop is currently run. In order to let OpenSesame know that it can find the value of the word variable in the block loop, we use the square-bracket syntax. To do so:

Tip -- The word that you type between brackets should correspond exactly to the column header you created in the word_block_loop.

This method is very convenient, because it avoids having to make separate sketchpads for each positive and negative word. 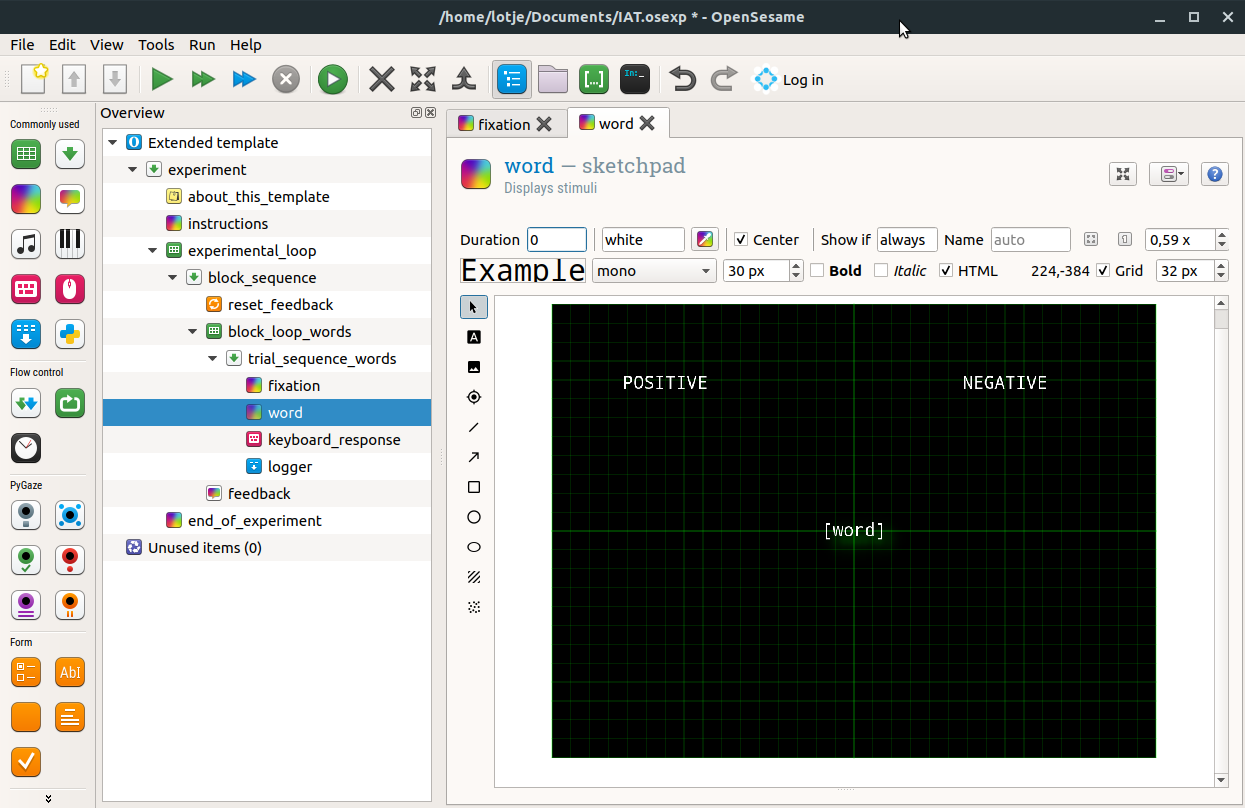 Figure 8. The sketchpad item that is used to draw the category names and the stimulus to the display.

It's good practice to try to run your experiment often, such that you can debug it right away. At this point, let's do a test run by pressing one of the three 'run' arrows.

Tip -- If you want to do a quick test run of your experiment, you might not have to run all items from a given block. To shorten the number of trials, you can do the following:

The IAT contains more blocks than the current one. It also contains a block in which pictures of faces have to be categorized as young or old, and two blocks that contain both tasks intermingled (see Figure 1). This means that we will have to create another three blocks of trials, each containing their own trial sequence. The hierarchical strcuture of the experiment therefore looks as follows (and when we're done programming, our overview area should resemble this): 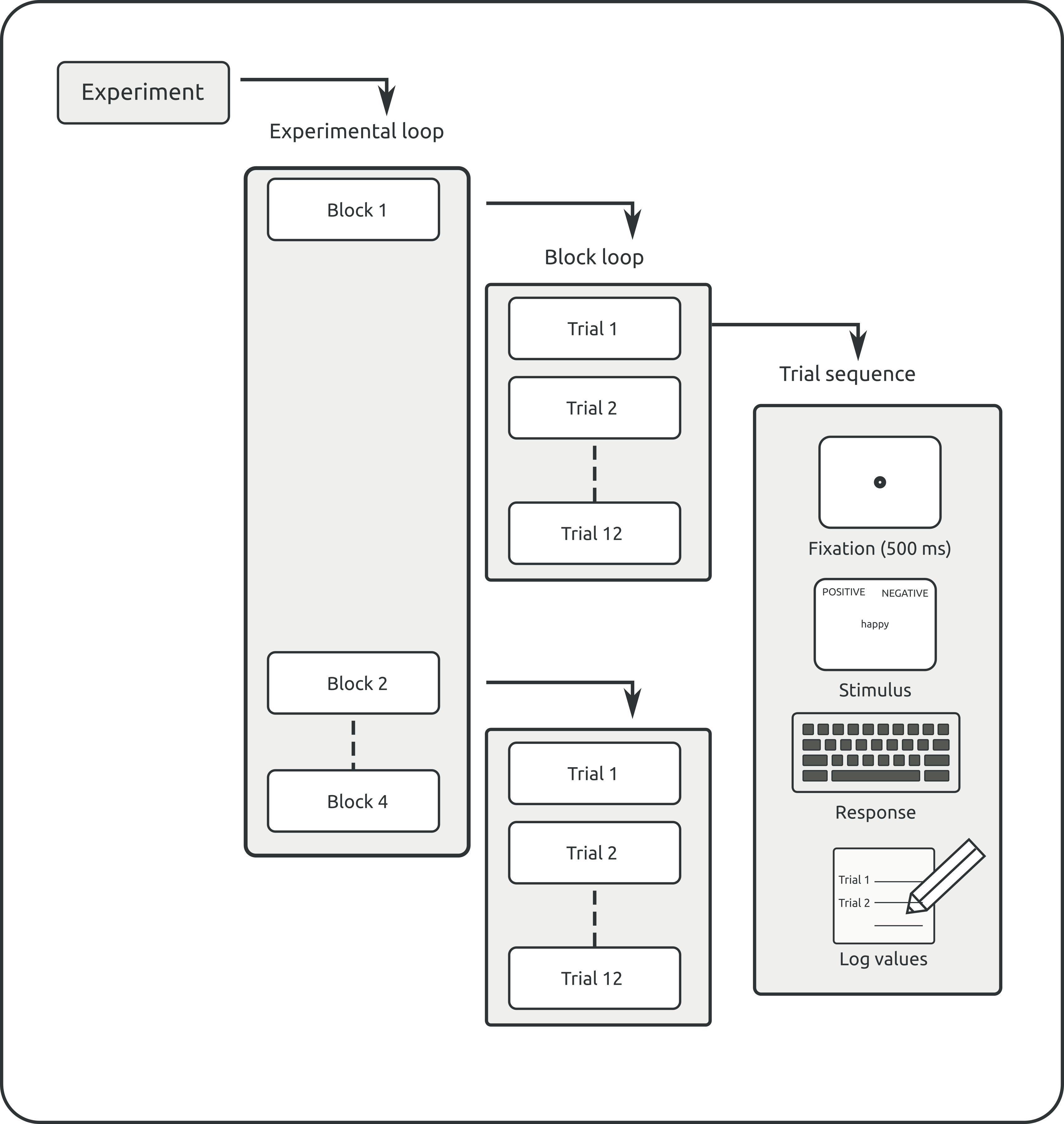 Figure 9. The experimental hierarchy of the IAT.

Let's first concentrate ourselves on the face-categorization task. More precisely, we will

Tip -- If you accidentally put the new item into the block loop, you can always undo this by pressing Ctrl+Alt+Z).

In order to make a new one:

Video 3. Step 5 and 6: Adding block 2 and its corresponding trial sequence to the experiment.

In the face equivalent of the task, we need images of six young and six old faces. To avoid gender biases from influencing our results, it seams best to use an equal number of male and female faces per category (here: three).

You can download an example set of stimuli (in JPG format) here:

In most web browsers you can right-click the link and choose 'Save Link As' or a similar option. After you have downloaded these files (to your Downloads folder, for example), you can unzip them.

Add the JPG files to the file pool

The file pool should now look similar to Figure 10

Just like in the previous part of the experiment (see Step 1), we need three columns to define the experimental variables: stimulus, category, and correct_response. The only difference is that this time the stimuli are the JPG files that we just added to the file pool.

Regarding the correct_response, let's say that:

Create the aforementioned columns and make sure your block loop ends up looking like this: 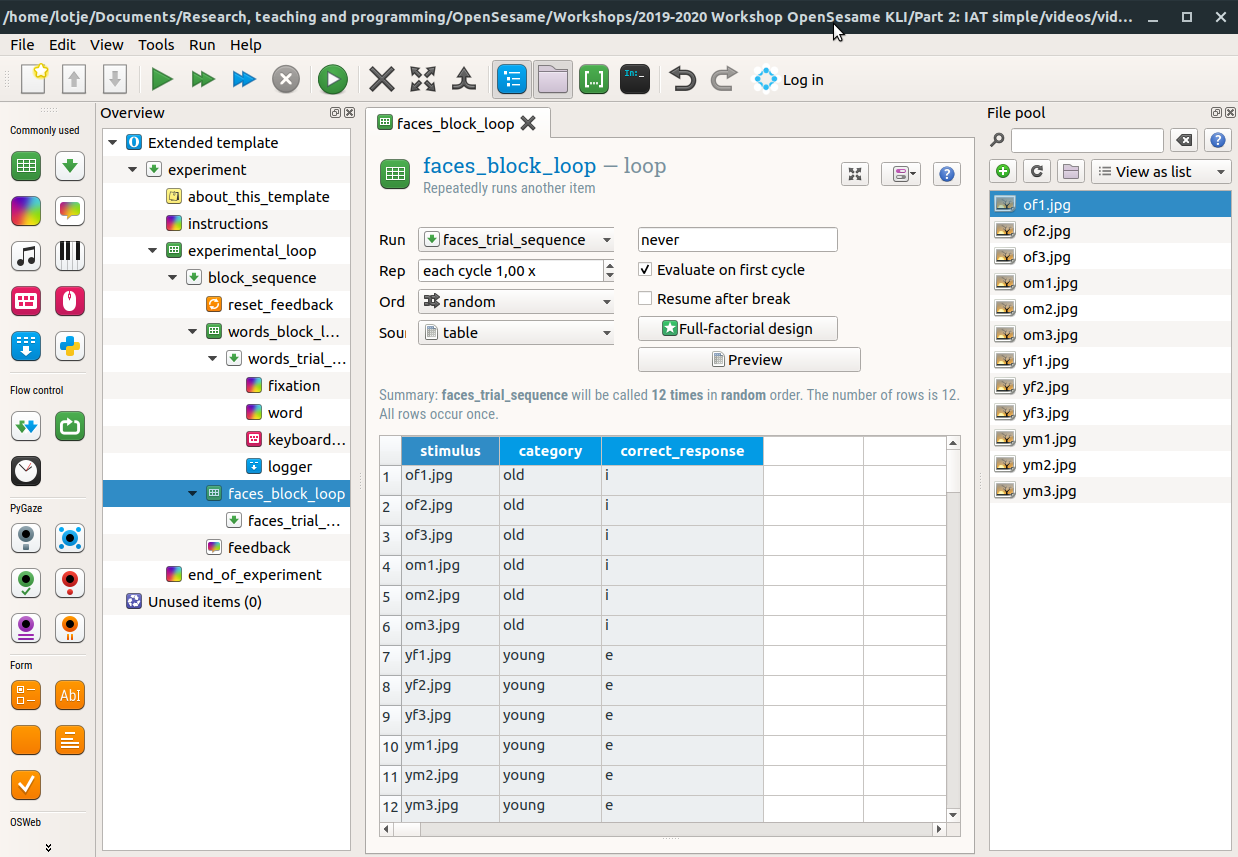 Figure 10. Content of the file pool and the loop table corresponding to Block 2 (categorizing faces) of the IAT.

Tip -- The values in the column stimulus should correspond exactly to the names of the files in the file pools. Otherwise, OpenSesame won't be able to find the JPGs if we're going to refer to them later.

Right now, our new trial sequence is still empty. We need to fill it with the following events (see Figure 3):

Event 1, 3 and 4 are identical to the word part of the experiment. We can therefore re-use the corresponding items by copying them. To do this:

Tip -- If the order of the items in the sequence is messed up, you can correct this by dragging and dropping

Tip -- If you accidentally dropped a copy somewhere else in the overview area (i.e., outside the trial sequence that you targeted), you can always undo this by pressing Ctrl+Alt+Z

Finally, we need to create a new sketchpad item to show the face stimuli. To do so:

Right now, your overview area should resemble this: 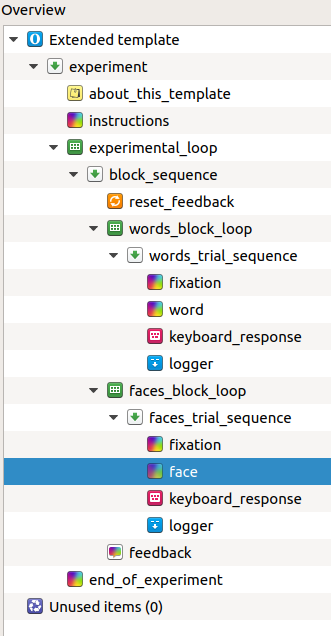 Figure 11. Overview area after having added all items to the faces_trial_sequence.

Next, we want to show a picture of a face at the center of the screen. As before, the stimulus is variable, such that which face is shown depends on the row in the block loop that is currently run. Therefore, we will use the square-bracket syntax again. But first:

Next, we want to make the jpg file variable rather than static. To do this, we need to make a tiny adjustment to the script of the sketchpad item:

Next, it's time to test whether your experiment works up to this point.

In order to create the third block of the IAT, we need to:

Your experimental overview should now look like so (Figure 5WithCongruent): 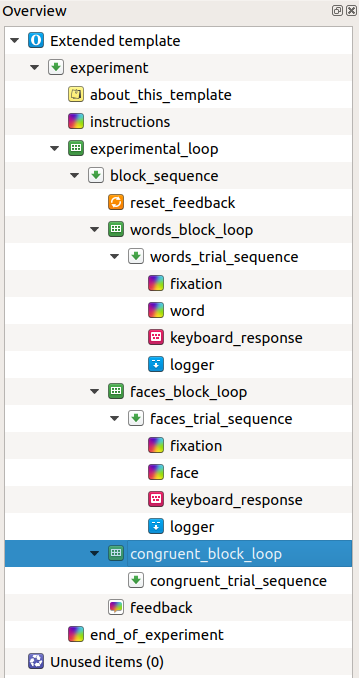 Figure 12. Experimental overview after having inserted a third block loop and trial sequence.

The content of the congruent block loop is very similar to the word and the face block loop, except that it now contains both types of stimuli. Therefore:

Your experimental overview should now look like this (Figure 5WithCongruent): 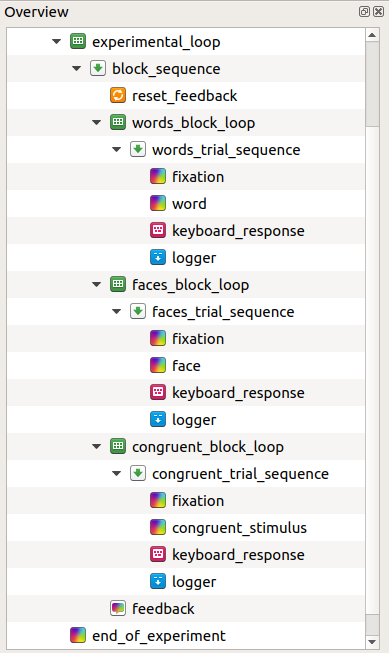 Figure 13. Experimental overview after having filled in the trial sequence of the congruent block.

Open the tab of the congruent_stimulus sketchpad and change its duration to 0 instead of 'keypress'.

Draw the word stimulus at the center of the screen in the same way as we did for block 1 (see Step 3). Use the `square-bracket syntax'.

Draw the face stimulus at the center of the screen in the same way as we did for block 2 (see Step 9).Add

Tip -- Don't worry if your sketchpad looks messy. We will take care of that shortly.

In the mixed part of the experiment, we want OpenSesame to determine whether it should show a face or a word. We can do this by using Show-if statements. More precisely, we want that the stimulus_sketchpad: 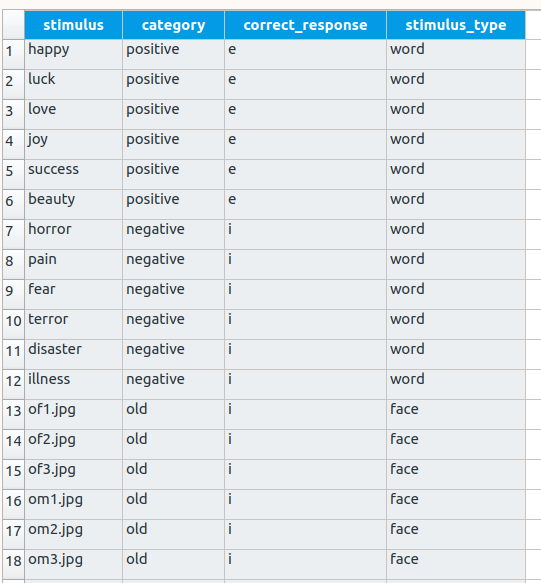 Figure 14. Content of the block loop of the congruent part of the experiment.

Next, to make the content of the sketchpad dependent on the values in the newly created column:

Video 5. Using a Run-if statement in a `sketchpad` item.

Test whether the first three blocks of your experiment works as desired.

Step 16: Create the incongruent block of the experiment

Use what you learned in the previous steps to build the final, incongruent part of the experiment.

Medium: provide feedback on every trial