This tutorial assumes a basic knowledge of OpenSesame and, for some parts, Python. Therefore, if you're not familiar with OpenSesame or Python, I recommend that you walk through the beginner and intermediate tutorials before continuing with this tutorial:

In this tutorial, you will learn the following:

In this tutorial, we will implement a visual-world paradigm, which was introduced by Cooper (1974; for a review see also Huettig, Rommers, and Meyer, 2011). In this paradigm, participants hear a spoken sentence, while they are looking at a display with several objects. We will use four separate objects presented in the four quadrants of the display (Figure 1). 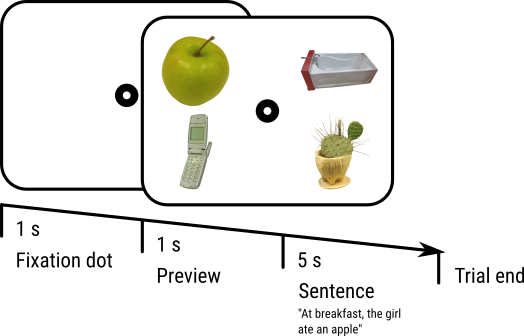 Figure 1. A schematic of our trial sequence. This is an example of a Full Match trial, because the target object (the apple) is directly mentioned in the spoken sentence. Stimuli taken from the BOSS stimuli (Brodier et al., 2010).

During the experiment, eye position is recorded, and the proportion of fixations on target and non-target objects is measured over time. The typical finding is then that the eyes are drawn toward target objects; that is, participants look mostly at objects that are directly or indirectly referred to by the spoken sentence. And the more direct the reference, the stronger this effect.

Now let's make this more formal. Our experiment will have the following design:

OpenSesame is available for Windows, Linux, Mac OS (experimental), and Android (runtime only). This tutorial is written for OpenSesame 3.2.X Kafkaesque Koffka. To be able to use PyGaze, you should download the Python 2.7 version (which is the default). You can download OpenSesame from here: 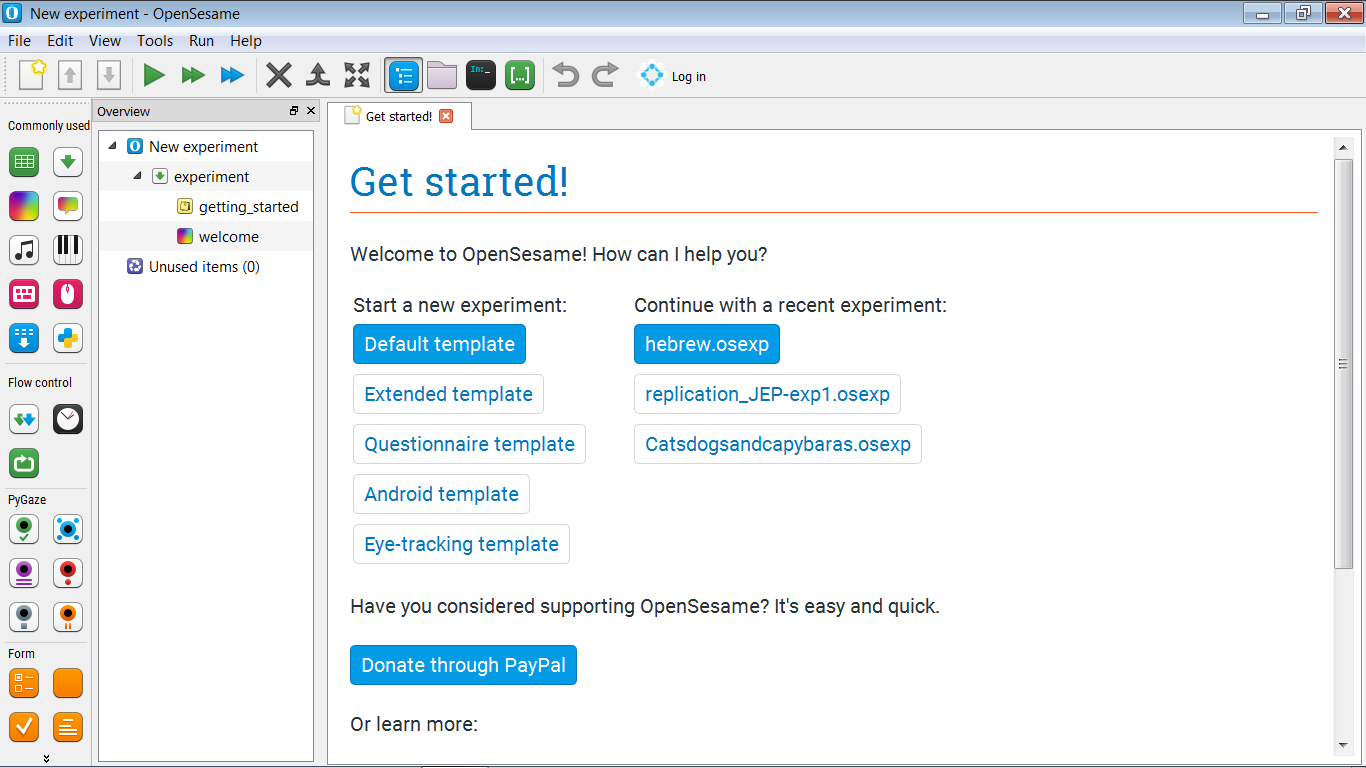 Step 2: Build the main structure of the experiment

For now, build the following main structure for your experiment (see also Figure 3):

We also need to change the foreground color of the experiment to black, and the background color to white. This is because we will use images that have a white background, and we don't want these images to stand out!

And don't forget to give your experiment a sensible name, and to save it! 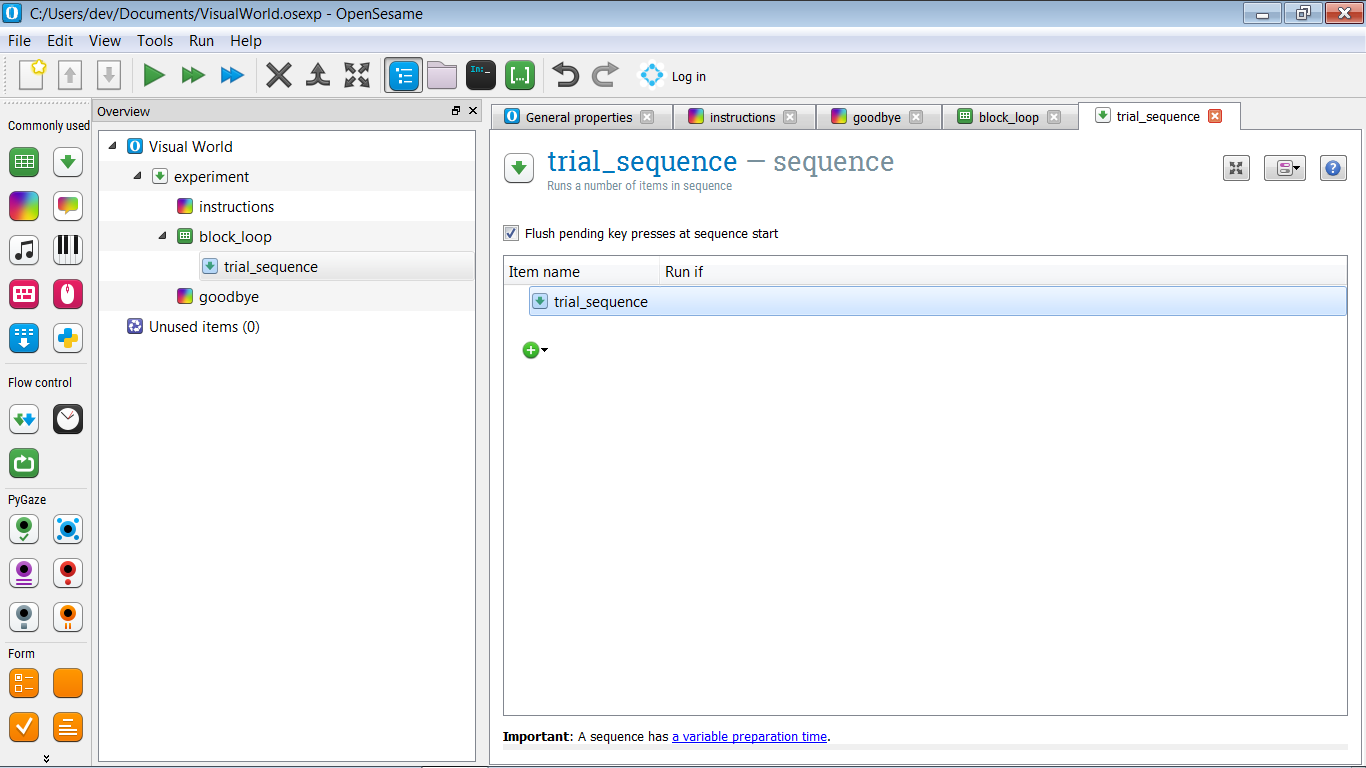 Figure 3. The main structure of the experiment.

For this experiment we need stimuli: sound files for the spoken sentences, and image files for the objects. Download these from the link below, extract the zip file, and place the stimuli in the file pool of your experiment (see also Figure 4). 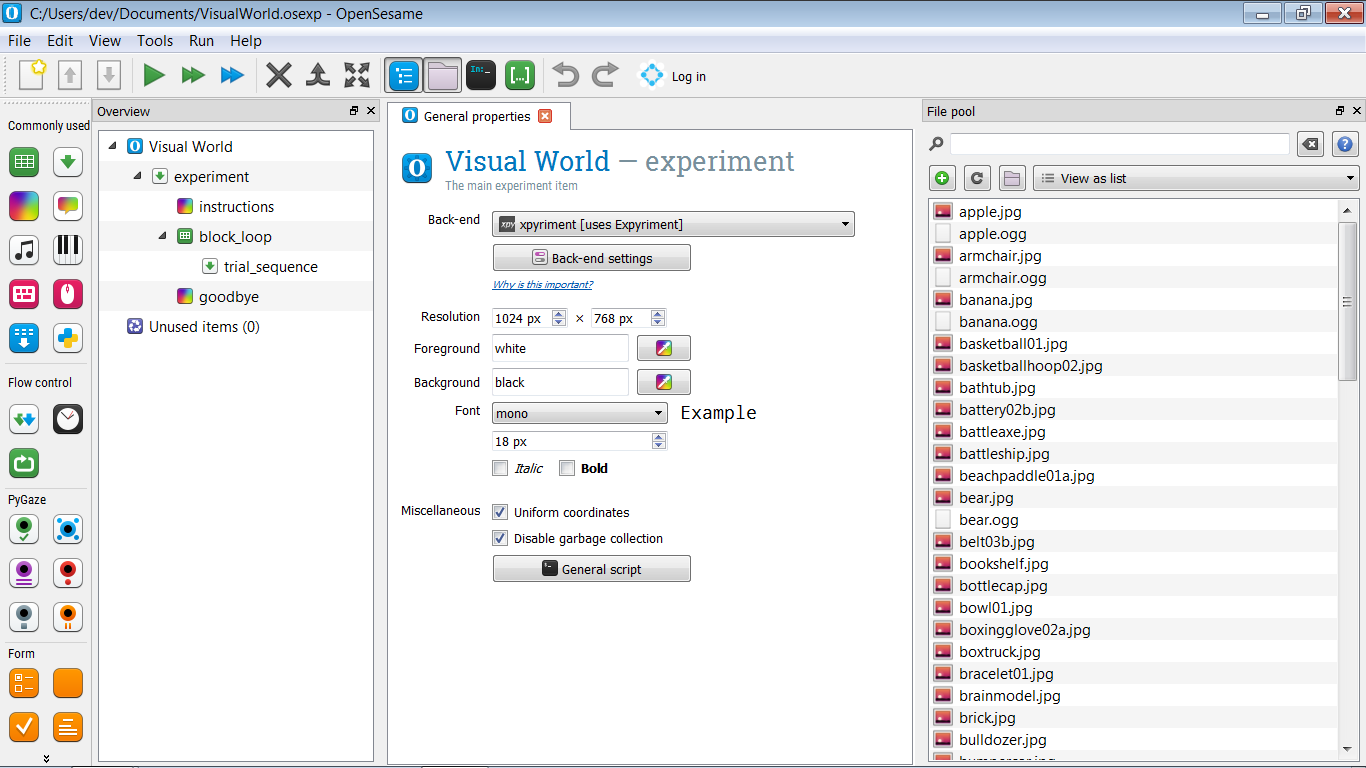 Figure 4. The file pool of your experiment after all stimuli have been added.

For now, we define only the Full Match condition, in which the target object is directly mentioned in the spoken sentence. (We will add the Semantic Match condition as part of the Extra Assignments.)

We need the following variables. First, simply add columns to the loop table, without giving the rows any content.

And do the same for the sound files:

The rest of the pictures are distractors. Copy-paste the following list into the pic2, pic3, and pic4 columns, in such a way that each column has exactly 16 rows. (If you accidentally make the table longer than 16 rows, simply select the extraneous rows, right-click and delete them.)

Now we need to specify the positions. Simply set: 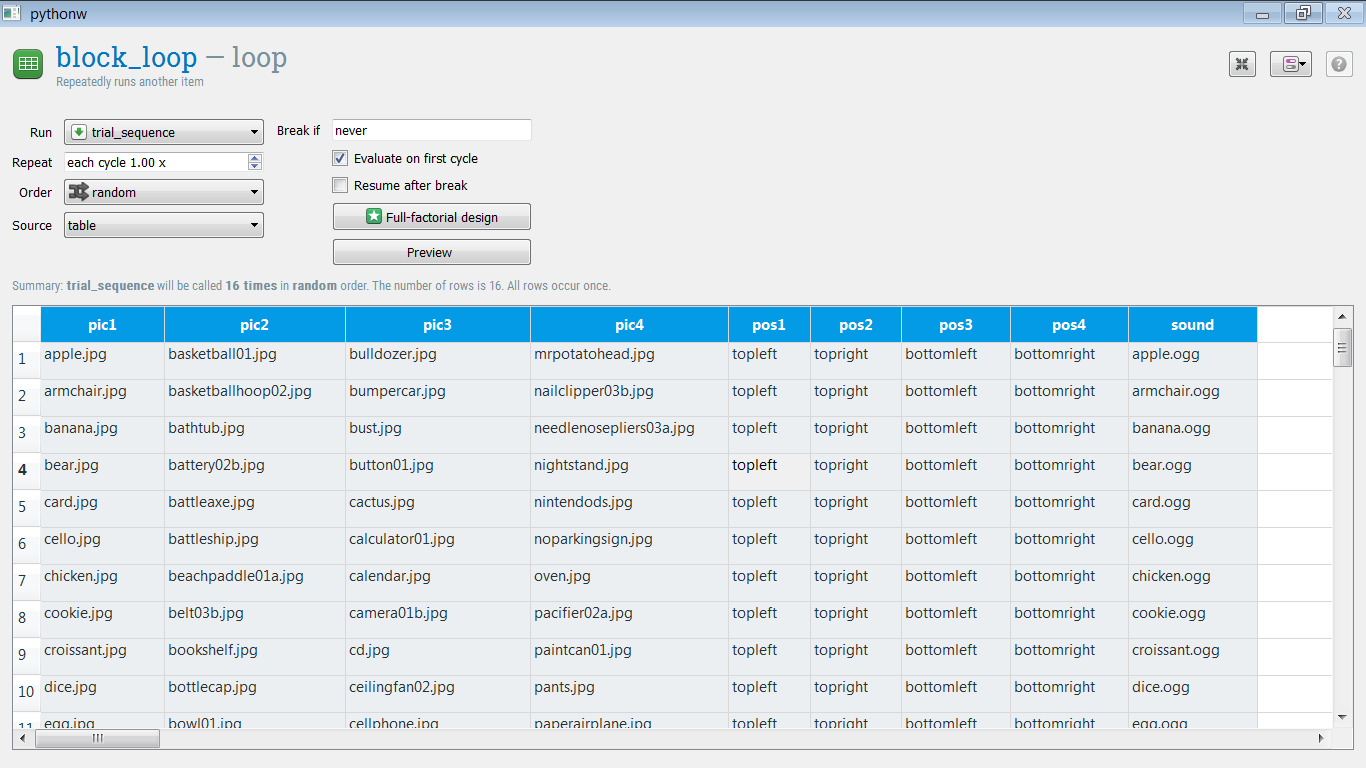 Figure 5. The loop table after all experimental variables have been defined.

Although you have now defined all experimental variables, the loop table is not finished yet! Let's see what's wrong:

pos1 is always the top left, meaning that pic1 (the target object) is always presented at the top left of the display! (Assuming that we will implement our trial sequence such that these positions are used in that way.) And the same is true for pos2, pos3, and pos4.

We can fix this by horizontal shuffling of the pos[x] columns. That is, for each row, we randomly swap the values of these rows, such that this:

To do this, view the script of block_loop, and add the following line of code to the very end of the script:

And click 'Apply and close'. If you now click on 'Preview', you will get a preview of what your loop table might look like if the experiment were actually run. And you will see that the pos[x] columns are horizontally shuffled, meaning that the pictures will be shown at random positions!

The distactor pictures are always linked to the same target object. For example, 'basketball01.jpg' always occurs together with the target 'apple.jpg'. But this is not what we want! Rather, we want the pairing between distactors and targets to be random, and different for all participants. (Except if by chance an identical pairing occurs for two participants.)

We can fix this by vertical shuffling of the pic2, pic3, and pic4 columns. That is, the order of each of these columns should be shuffled independently. To do this, view the script again, and add the following lines to the very end of the script:

And click 'Apply and close'. If you now click on 'Preview', you will see that the loop table is properly randomized!

At this point, you may wonder why we do not also need to horizontally shuffle the pic2, pic3, and pic4 columns. But we don't! Do you know why not?

As shown in Figure 1, our trial sequence is simple, and consists of:

For now, the trial sequence is therefore purely sequential, and we could implement it using only a sequence, as we've done in other tutorials. However, as one of the Extra Assignments, we want to analyze eye position during the trial sequence; in other words, later we'll want to do two things in parallel, and therefore we need a coroutines item. (Even if for now we won't do anything that requires this.)

So we want to have the following structure:

The structure of your experiment should now look as in Figure 6. 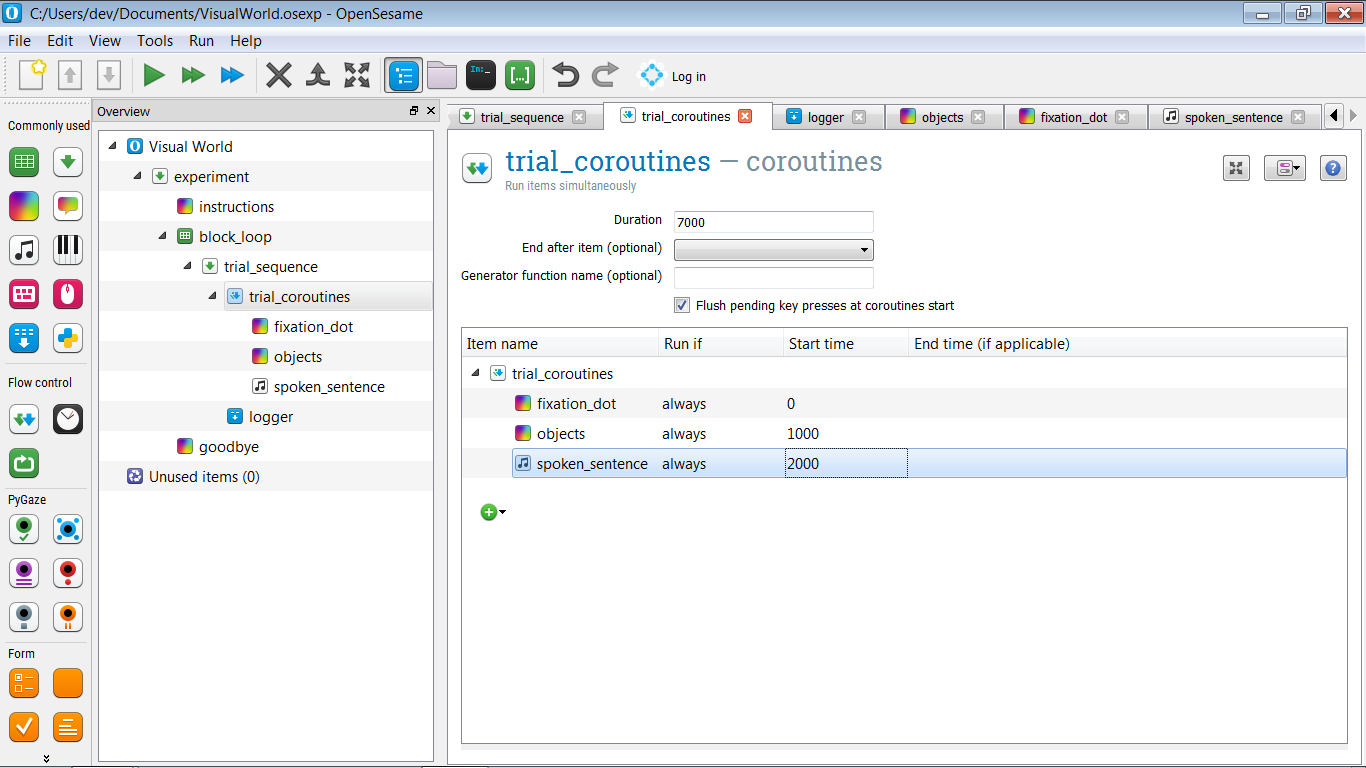 Figure 6. The experiment structure after defining the trial sequence.

The fixation_dot is easily defined: simply draw a central fixation dot on it.

Note that you don't need to specify the duration of the sketchpad, as you would normally need to do; this is because the item is part of trial_coroutines, and the timing is specified by the start and end time indicated there.

To define the objects, first create a prototype display, an example of what a display might look like on a particular trial. More specifically, draw a central fixation dot, and draw an arbitrary images in each of the four quadrants, as shown in Figure 7.

Also give each of the four objects a name: pic1, pic2, pic3, and pic4. We will use these names in the Extra Assignments to perform a regions-of-interest (ROI) analysis. 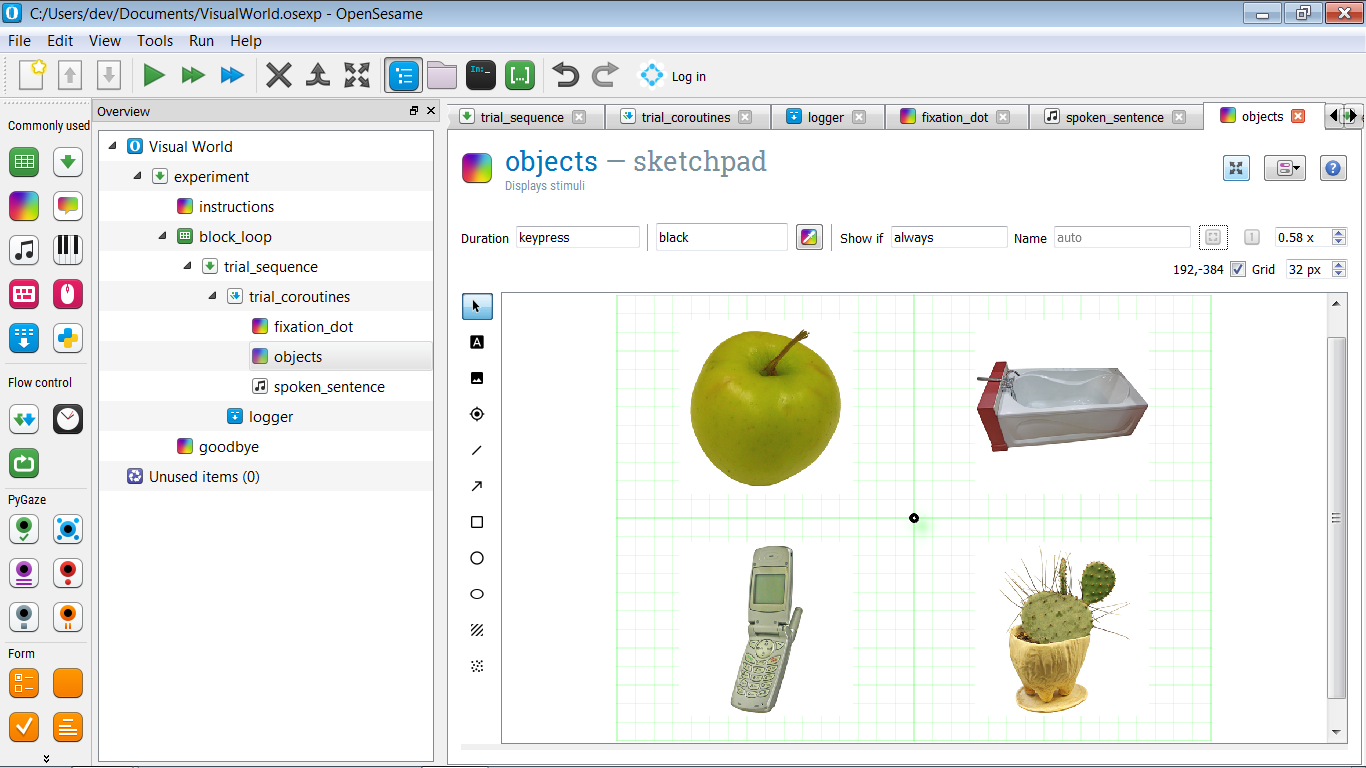 Figure 7. A prototype display with an arbitrary object in each of the four quadrants.

View the script and find the line that corresponds to the first object. In my example, this is the following line: name=pic1

Now change file="apple.jpg" to file=[pic1]. This will make sure that the target picture as specified in the pic1 variable is shown, rather than always the same apple.

So how can we use pos1, which has values like 'topleft', 'bottomright', etc., to specify the X and Y coordinates of the image? To do so, we make use of the fact that we can embed Python expressions in OpenSesame script, by using the [=python_expression] notation:

And do the same for the other images, until the script looks this:

Try it yourself: the if expression

If you're not familiar with the Python if expression, which is slightly different from the traditional if statement, open the debug window, and enter the following line:

Defining the sound is easy: simply open the spoken_sentence item, and enter '[sound]' in the 'Sound file' box, indicating that the variable sound specifies the sound file.

Eye tracking is done with the PyGaze plug-ins, which are installed by default in OpenSesame. The general procedure is as follows:

The structure of your experiment should now look as in Figure 8. 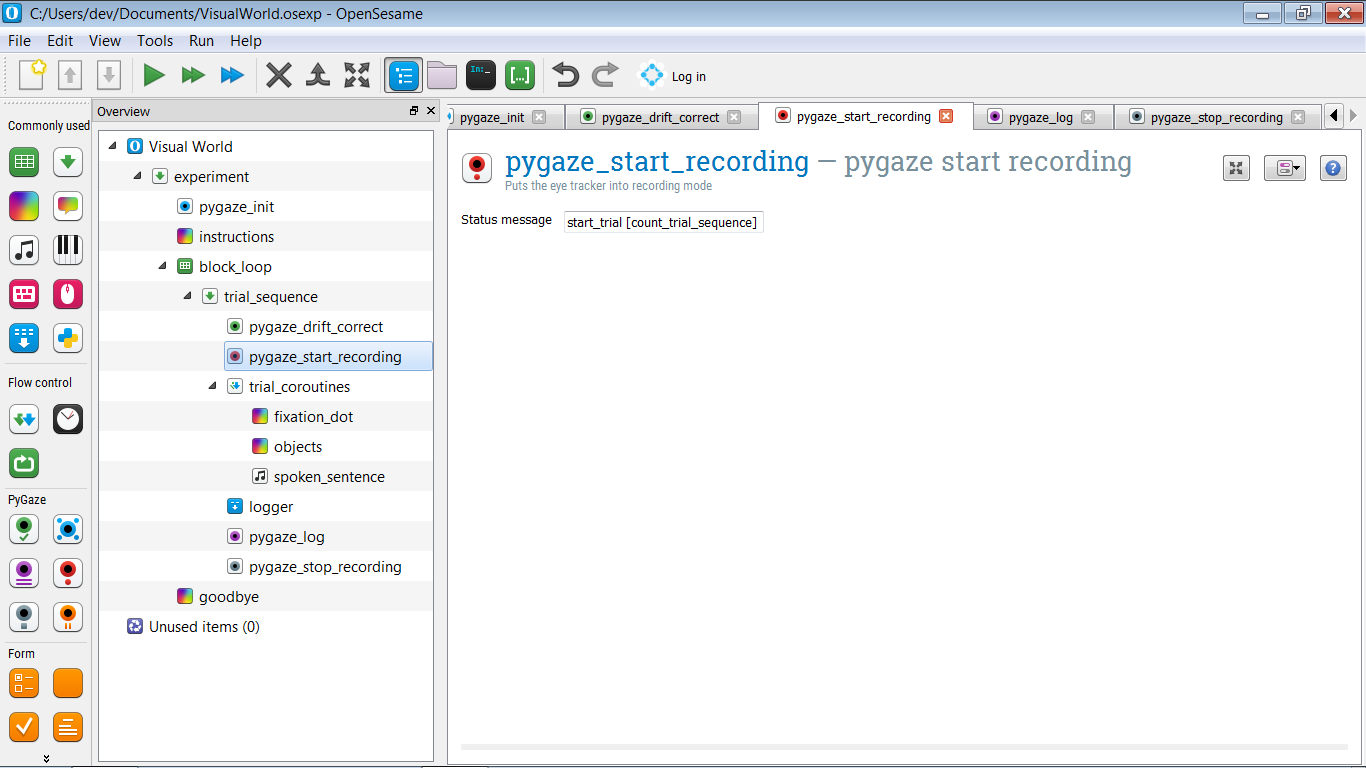 Figure 8. The structure of the experiment after adding PyGaze items for eye tracking.

We now have a working experiment! But we haven't added any content to the instructions and goodbye items yet. So before you run the experiment, open these items and add some text.

Congratulations—you have implemented a visual-world paradigm! It's now time to give your experiment a quick test run by clicking on the orange play button (shortcut: Ctrl+Shift+W).

So far, we have only implemented the Full Match condition, in which the target object (e.g. 'apple') is explicitly mentioned in the spoken sentence (e.g. 'at breakfast, the girl ate an apple').

And don't forget to create a variable that indicates the condition!

It's more elegant to define the coordinates (XLEFT, XRIGHT, YTOP, and YBOTTOM) as constants in an inline_script at the start of the experiment, and then refer to these constants in the objects script.

In computer science, a constant is a variable with a value that you cannot change. In Python, you can always change variables, so constants don't strictly speaking exist in the language. However, if you have a variable that you treat as though it were a constant (i.e. you define it once and never change its value), you typically indicate this by writing the variable name in ALL_CAPS.

Such naming conventions are described in Python's PEP-8 style guidelines:

In trial_coroutines, you can indicate the name of a generator function (see below for an explanation of generators). Let's enter the name roi_analysis here, and also create an inline_script at the start of the experiment in which we define this function.

Here's a partly implemented roi_analysis() function. Can you finish the TODO list?